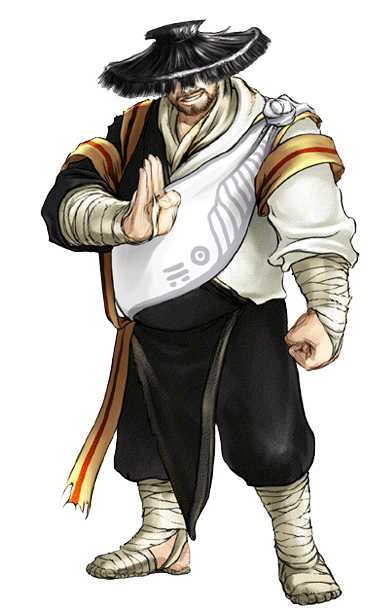 Even though he is now a respected monk, E Gon was once a young student named Deung Hwa Gun.
Whenever he went to school to prepare for the state examination with books in his hands, young women living nearby used to be fascinated by his beauty, breathing a sigh of love.
The first goal of the good-looking Deung Hwa Gun was to become a government official by passing the state exam. That was the family tradition he had to follow. On his way to take the state examination, he happened to fall into the trap of temptation prepared by a fox having nine tails, which disguised herself as a beautiful woman. Several days later, he finally found himself hugging abandoned skulls, eating nearby tree roots like delicacies of all kinds, and drinking stagnant water from a puddle.
Reflecting on the fact that he failed to overcome the enticement of a trivial animal, he decided to join the Shao Lin Temple. After going through a long and hard training, he became a renowned monk having both literary and martial arts accomplishments, not swayed by any monsters or ghosts.
In order to prevent people from falling victims to ghosts, Deung Hwa Gun, now known as E Gon, writes books on ghosts or monsters or gets rid of them by using tactics or mechanical systems.
The once handsome youth is now a middle-aged and rather thick monk, whose profound knowledge and high morality hidden beneath his wide robe can be hardly measured.

Community content is available under CC-BY-SA unless otherwise noted.
Advertisement